On my quest to log more running accomplishments (or maybe just to collect another medal), I recently signed up for and ran my first 10K.  It actually feels a little silly to say that since I’ve already run a half marathon, but it was my first official 10K so I’m still going to consider a milestone achievement!

The run was organized through a local running club, and I mainly chose it because it fell on a Saturday morning, it was cheap, and the theme sounded like fun.  It was a bit of an impulse decision to register, so I didn’t ask anyone to join me – I even told Jay to just stay home with the girls, both decisions I later regretted.  I’ve discovered that these things (for me anyway) are WAY more fun if I’ve got someone to chat with.  I think in the future I’ll at least make an attempt to invite someone to tag along, even if they aren’t runners and just want to hang with me before and after the event.

It was scheduled to start at 7a (it actually began at about 7:15a), so I was up at 5:30a to get dressed and make the 30-minute drive.  When I arrived it was the usual – sign in, get your shirt, use the bathroom, and wait for go-time.  Since it was primarily a running club event it seemed everyone knew someone else there, and I was half asleep and cold so I just sat in my car and played Jelly Splash on my phone until I saw everyone migrate to the starting line.

Anyway, the 6.2 miles ran through a huge local park.  Some of the run was near a major highway, so that part wasn’t anything exceptional, but other parts were alongside a lake and on small trails, which was much more enjoyable.  One stretch even ran past an old model ride-on train track that my parents used to take my brother and me to when we were kids. 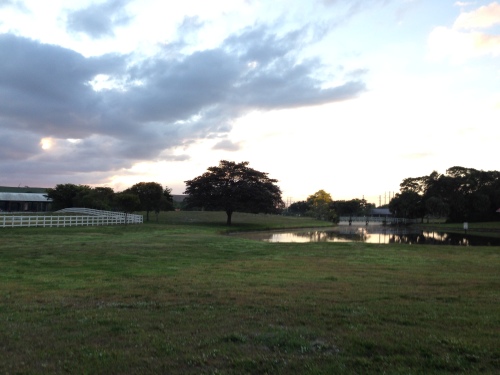 My friend (& half-marathon partner) Erin suggested podcasts a while back to help the longer runs go by quicker, and she was 100% correct.  During this run I listened to a few from Stuff You Missed in History Class: The Mysterious Disappearance of Agatha Christie, Accused by a Ghost!, and the beginning of Subterranean Cities.  Good stuff. 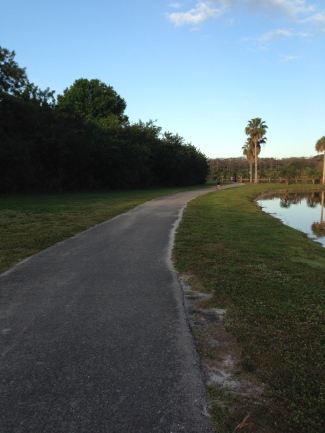 I didn’t really start with a goal, but at the first mile marker I was exactly at 11 minutes, so I decided to try and maintain that pace.  Gotta love easy math: 2 miles = 22 minutes, 3 miles = 33 minutes, etc.  Happily, I was able to beat that goal!  The 5th mile marker wasn’t working, and since I had no idea how I was doing I started pushing really hard, and at mile 6 I was at 64 minutes.  Wahoo!  I ended up finishing at 1.06:42, which means I came in at just under an 11-minute mile.

The medal was cute, the run was fun, and I’m happy to say I’ve officially logged a 10K now! 🙂